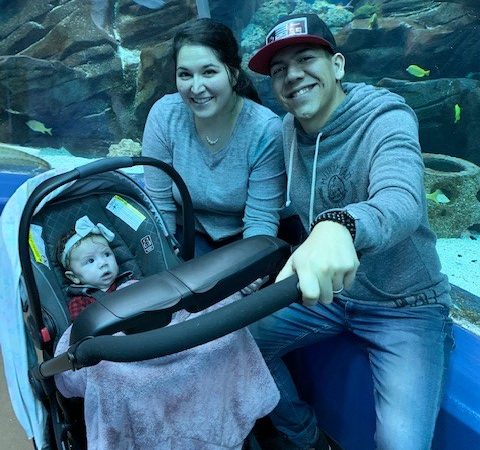 What a month! Ava has had amazing new experiences this month as she prepares to turn five (FIVE!!!) months old. How did we ever get here? Earlier this year, I looked at my mom with a sudden start because I realized that we’ve only gone through the very, very, very early part of Ava’s (hopefully, God-willing) very long life. Like, we have SO MUCH ahead of us, despite having gone through what feels like so much.

Here are some of her new experiences and behaviors:

Ava at the Aquarium

Adorable, right? She loved it! 🙂