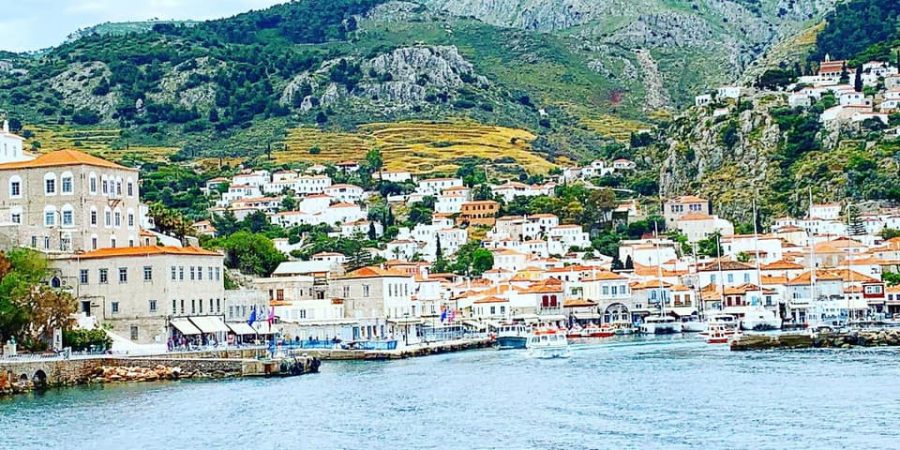 When Josh and I started dating, I was just about done with college, and he was halfway through a degree in electrical engineering and liked it, but didn’t LOVE it. After another year, he switched to electronics technology and called it a day with an associate’s degree because by that time, he had been in school for five years and needed time to figure things out.

He will be the first to say that this was a BAD idea, because life gets harder when you’re going back to school while working full time, but it was the right move for him then. He worked for UPS for a while, then got a great job doing logistics for the very large company where he is now. However, he found a place for his deep-dive-loving, hyper-focused attention span: loss prevention. And so he went back to get his bachelor’s in criminal justice so he could not only have the BCJ/BA behind his name, but also learn more about loss prevention and other programs used through that program. He worked 50+ hours a week and then spent HOURS each night doing homework, taking tests and completing his degree 1-2 classes at a time.

And then… after years of hard work, it was over. He graduated. I’m so so proud of him for working so hard and taking classes at the same time, and we wanted to celebrate.

Our first thought was going to Dublin, Ireland. He has always wanted to go there, and it seemed like a great graduation trip. But then in January when we were booking trips, we were just starting to try for a baby, and I was like, “so if I get pregnant, we’ll spend a week going to whiskey tastings and Guinness tastings and driving around a windy countryside while I’m pregnant? No thanks.”

So we changed it to GREECE, and I’m so glad we did! We met up with Josh’s mom while we were there, which was SO nice, since Josh skipped walking across the stage for his diploma, and instead we just did this… so I’m glad she got to celebrate with us also.

Josh’s great job comes with not-so-great leave, and we’re trying to save for when the baby is here (although he actually gets some paid paternity leave which is amazing), so we ended up booking the trip for a little less than a week. We stayed in Athens, and then did little trips to the islands so we could get a feel for Greek life.

Athens was amazing, and full of so much life and culture and art. I had always pictured Greece as kind of an old country (birthplace of democracy and all), but Athens felt like a new city over an old city. There was graffiti art EVERYWHERE, and so many young people attending the university and playing music and selling art. It was very interesting.

However, despite the broken sidewalks and graffiti everywhere, Athens is a super, super clean city. There are these random orange trees everywhere in Greece, bearing actual fruit, but I NEVER saw a single crushed/broken orange on the sidewalks or streets. I didn’t see almost any trash – no cups, no napkins, no old water bottles. Nothing. In fact, there were hardly any trashcans either, especially in the city. We’d carry our trash with us for blocks before finding one. Near the tourist sites, there were always like four or five of them, and we’d joke that the Greeks don’t need them in the city so they put them there for all the lazy tourists. Sad, but probably true.

The other side of Athens is the ancient culture. We visited the Temple of Zeus, Athena’s Gate and, of course, Acropolis and the Parthenon (build around 480 BC). The tours we went on were fascinating because their structures are SO ANCIENT that there’s just no real way to show the relative history. In the US, there’s a definite “before the Civil War” or “just after the Revolutionary War” or “around 300 years old!!” kind of discussion around our history. In Greece, SO much has happened in the past 2500 years that it’s hard to put it into perspective.

Josh is much better aligned with Greek literature than I am, and he told me some of the Greek myths as we walked around and saw things like statues of Apollo (God of the Sun) near pistachio trees. It was so much fun to visit these historical places.

We visited several islands while we were there, and each one was so different and amazing. We didn’t make it to Mykonos or Santorini (which is where everyone asked us if we were going!), but we made it to Hydra (pronounced ‘ee-dra’), Poros, and Aegina (pronounced ah-gee-na).

The Greek islands were beautiful. We ate amazing food, watched the locals talk to each other, and met the dozens of stray cats across the country. We even met one that I called Cheese Cat who shared his bench with us, then yelled at us until we gave him some of the feta pastry we had bought, then walked away.

I highly recommend going to the islands while you are on Greece. We could have spent the entire week in just Athens, but the islands gave such a different sense of Greece. Aegina has world famous pistachios, also, and everyone kept giving us samples of their pistachio things: brittle, truffles, etc. People also kept giving me free samples of things because I’m pregnant so I got “extra benefits” as one shopkeeper said! 🙂

Before we left, we heard some feedback from strangers that they didn’t like Greece, and it wasn’t a good place for a vacation with their current economical climate. We had already booked it all and were excited, so we went anyway.

I’ve never been to a country that SO loved tourists like Greece does. It makes sense, considering how much of their economy relies on tourism. But we learned one word in Greek: efcharistó, which means Thank You. That’s it. When we went to France, we learned several phrases and words so we could get along if we had to. In fact, during our layover in France, I successfully bought a chocolate pastry, two bottles of water and a coffee from the Paul restaurant in the terminal using only the French I had learned two years ago, without any English, and felt successful.

In Greece, it was English everywhere. We’d make our purchases and then say our one word, and people were so touched that we had learned THAT ONE WORD. They’d like smile, and dip their heads and say “ah very good” or something. It was so nice.

People also gave us stuff – I got treats for being pregnant, and Josh made friends with a shop owner who gave him a free bottle of hot sauce after Josh couldn’t decide between two of them. Seriously, overall, such kind, nice people across the board.

All in all, I highly recommend Greece. If I went back, I would try to stay longer so I could go to Santorini or the other famous islands, but it was the perfect first introduction to Greece, and the perfect celebration for my husband who so wanted to see Athens and the history there.

1 thought on “Greece, You Beautiful Country”