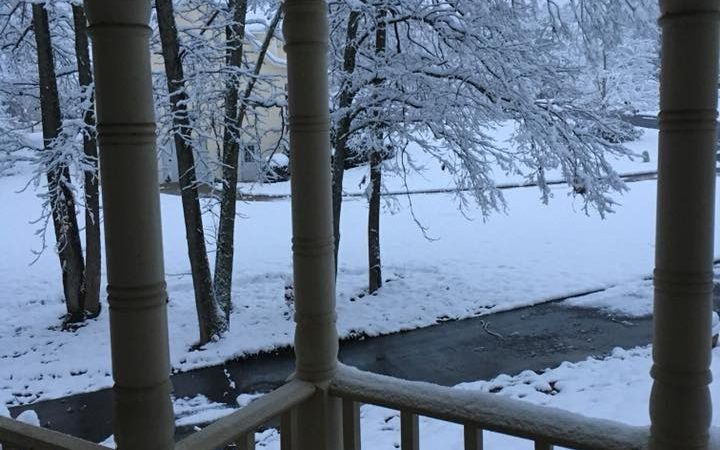 So Friday, I had a major work event planned.

I mean, it was going to be good. It’s a community relations meeting, at which I would hand out the grant checks to local charity organizations. We had decorated with lovely Christmas decorations like holly and black tablecloths and old Christmas music! It was December 8, in the south! What could go wrong?

A record-breaking winter storm, is what could go wrong.

We had been advised that there would be like, 0.5 of an inch MAYBE. This is Georgia, after all, and still early December. Nobody thought it would get cold enough to *really* snow. But snow it did. When I left for work that morning at 6:30 and saw the flakes starting to fall, I called my husband (who works in Atlanta) and said “ruh-roh”. (That’s Scooby-Doo for “uh-oh”, and it’s my favorite way to say “uh-oh”, so just go with it, I guess).

By 11:00 (when my work event was planned to start), the snow had already started accumulating (maybe an inch or so). So I did what any self-respecting manager would do: held the event, hurried through my presentation, and handed out the checks in record time! Then my Lead Team and I huddled in a room and made a #GeorgiaWinterStorm2017 plan. We didn’t call it that. Just I do, in my head.

I left for home early to work from the safety of my house, which looked like this: 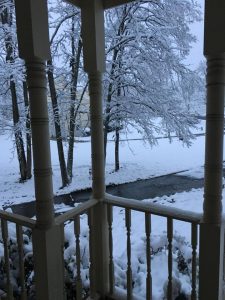 It definitely was beautiful, and the trees looked incredible. Georgia looked like one of those fairy tale books: definitely not something we’re used to! It was a record snowfall for Atlanta.

Josh got home early too, and we stayed in, eating soup and watching holiday movies. It was actually pretty blissful… until we lost power the next morning. But the power was only out for a few hours, during which time we watched a movie (The Disaster Artist, which was very funny) and shopped (whoops). I blame #GeorgiaWinterStorm2017.

AT least we had something close to a white Christmas!